David Lindow was born in 1970 in the farmlands of Illinois. He moved to Pennsylvania in the fall of 1988 to study theology at a small college in Clarks Summit, where he met Gerhard Hartwigs, a master clockmaker.

Gerhard was a manufacturer & restorer of 18th and early 19th century tall clocks. It was during the summer of  1990 that David began his apprenticeship.

David apprenticed with Gerhard for 5 years before moving to Salt Lake City, UT for about 1-1/2 years, where he worked in a low-volume manual machine shop, making and repairing parts for the salt and copper industries, as well as for others.

Soon after, he returned to the employ of Mr. Hartwigs in the winter of 1996. Gerhard died in December 1997, after which David took over the shop completely.

Since then David has produced an enormous catalogue of work from clock movements to rose engines and tooling. David’s latest and most ambitious project is the MADE Ornamental Rose Engine.

David is currently the president of Ornamental Turners International and a regular guest tutor at the Memoria Technica Workshop in Seattle where he teaches Engine Turning classes.

Use the link below to see more of David’s ornamental turing work. 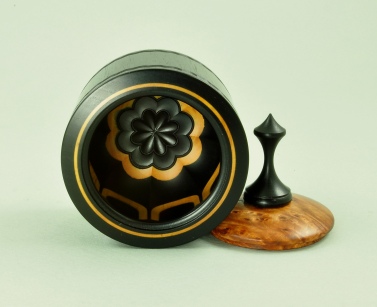